It is with a heavy heart that we report the death of Father Damian DuQuesnay on the morning of May 8th 2015. Father Damian was born in Jamaica in the city of Highgate on the 24th of July 1918. He made his monastic profession on June 24th 1941. He was ordained on June 20th 1946. As you all know he was an exemplar human being, a good monk and a fair mentor to many of us. For many who knew Father Damian, they may remember his fondness of loud classical music. The symphony of his life has ended and deserves a standing ovation. Father Damian’s caring nature was evident in his love for plants and the mankind.

May he rest in peace.

The eulogies were given by a Saint Leo Postulant, Brother Robert, Prioress of Holy Name Monastery, S. Roberta Bailey, OSB, and Fr. Robert Fucheck. The Mass was celebrated by Abbot Isaac, OSB. 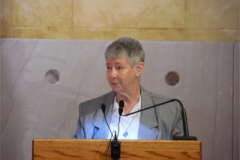 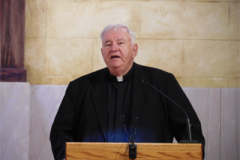 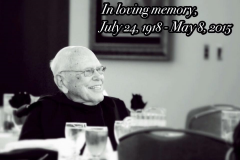